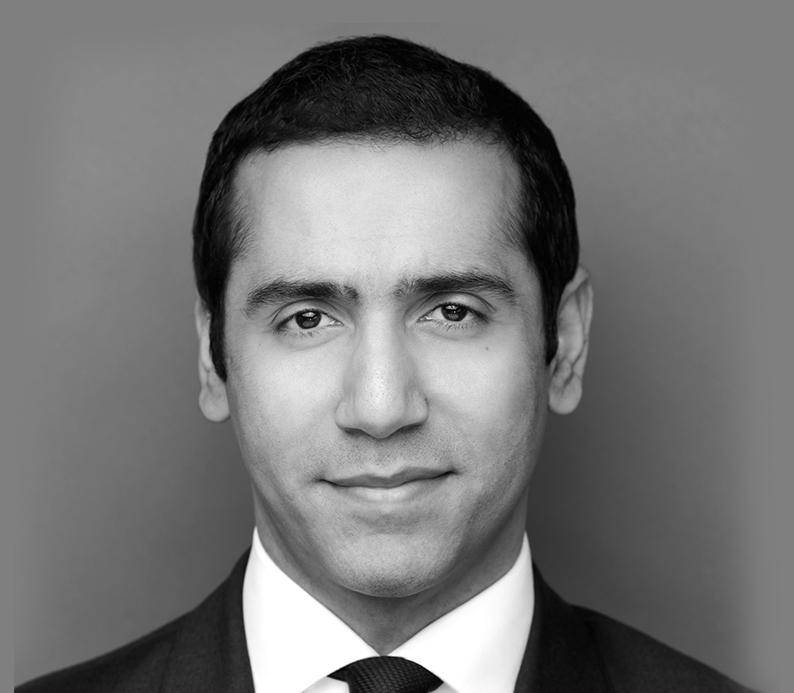 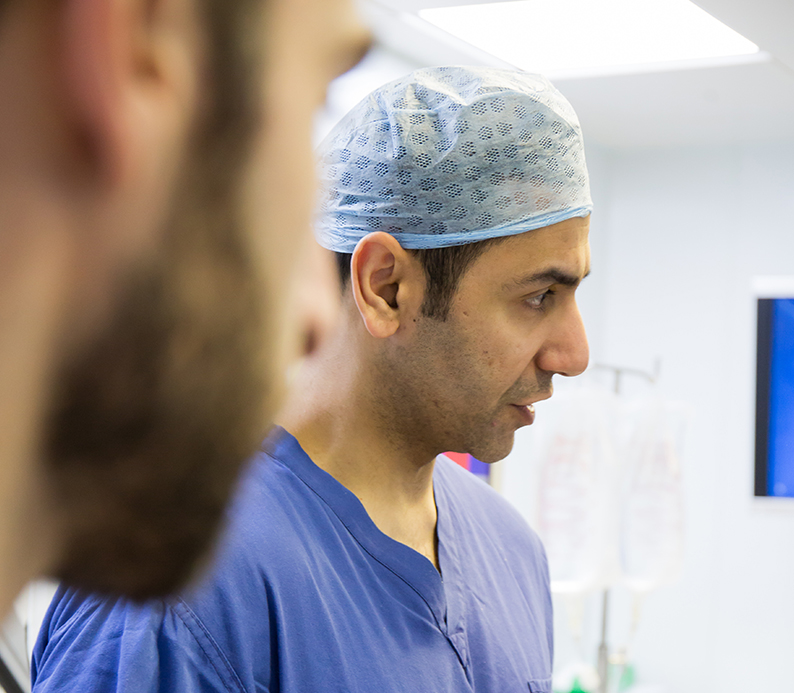 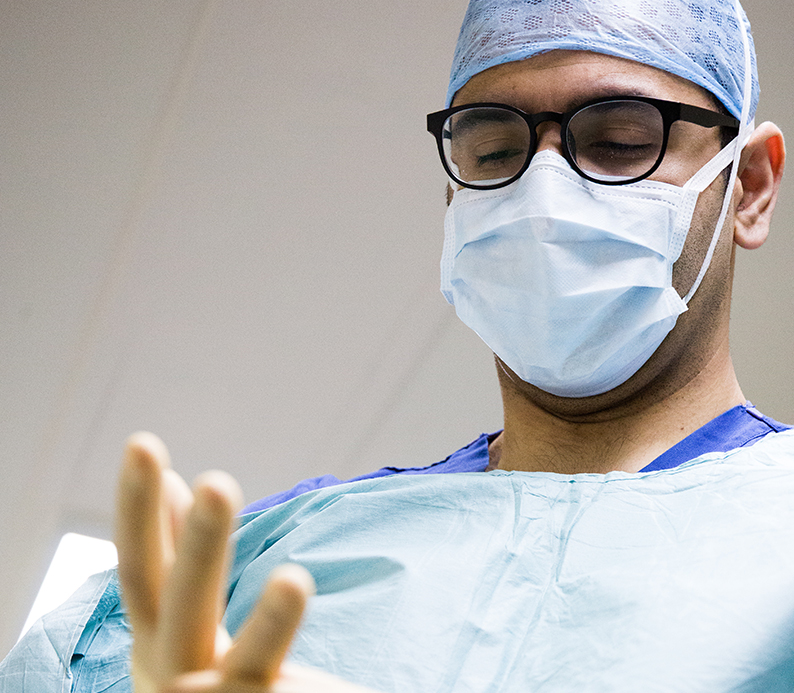 Abbas graduated from Imperial College London with a distinction in his MBBS degree and a 1st class honours in BSc Orthopaedics. He completed his orthopaedic specialisation on the London North West Thames Rotation and, in 2012, attained his Fellowship of the Royal Colleges of Surgeons. (FRCS) He has been on the General Medical Council’s Specialist Register since 2014.

Abbas broadened his surgical experience through completing internationally renowned upper limb fellowships in Wrightington and Cambridge. Additionally, in 2015, he was selected to undertake the prestigious AO Trauma Fellowship in Hanover, Germany. In 2015, he was given was given the Zimmer Upper Extremities Award by The British Orthopaedic Association (BOA) facilitating visits to Harvard and The Mayo Clinic in North America. In 2017, he was given the Intra-Europe Travelling Award by the European Society of Shoulder & Elbow Surgeons facilitating visits to top European centres, all of which have contributed to Abbas’ versatility as a clinician and surgeon.

In 2015, Abbas joined UCLH as a Consultant Shoulder & Elbow Surgeon. The scope of his work includes evidence-based treatment of complex trauma, sports injuries and degenerative conditions of the upper limb. He is the nominated lead for elbow surgery.

Abbas’ specific areas of interest are functional outcomes in upper limb surgery, innovations in arthroplasty and the role of biologics. His mandate is to translate research findings into clinical gains for his patients. He has written upper limb guidelines for the British Orthopaedic Association’s Wikipaedics project, two book chapters and has published over 40 articles in peer review journals. He is currently an invited reviewer for the Bone & Joint Journal and Shoulder & Elbow.

Abbas is a member of the British Elbow and Shoulder Society (BESS) and European Shoulder and Elbow Society (SECEC).

He is a superb orthopedic surgeon

From the very first consultation, I knew for certain that Mr Abbas Rashid was going to remedy my shoulder problem.
He is a superb orthopedic surgeon who also possess the rare ability to communicate his knowledge, expertise, and professionalism to his patients in such a manner as to leave no doubt that you are in the best hands.

It was such a pleasure to meet Mr.Rashid last night, an extremely charming and kind man. I thought the premises exceptional and was so grateful for such amazing attention and efficiency. To have an injection too on the spot was incredible.

Mr Abbas was solicitous, optimistic and realistic. His warnings about the general debility of the first few months were accurate and reassuring and the symptoms vanished exactly as he told me they would. He is a surgeon with a calm, friendly and purposeful demeanor. I recommend him very strongly indeed.

A big thank-you to you!

Mr Rashid has always been helpful and really goes the extra mile to check on his patients’ wellbeing, helping to arrange appointments, making a full and thorough assessment and exploring all options of treatment. What I value the most is that Mr Rashid is very approachable and genuinely listens to his patients, taking the time to explain what is happening at each stage.

Abbas looked after us with such dedicated care and we were able to email him any time with problems or worries. He would reply quickly and was always reassuring. All in all a very successful treatment time, with both friendly and happy visits to see him. We are very pleased to recommend him.

I would highly recommend him.

The surgery was very successful and with the recovery programme supported by Physiotherapy designed exclusively for me by Mr Rashid, I have regained full movement and have no pain whatsoever.

Granville-Chapman, J; Torrance,E; Rashid,A & Funk,L. The Rockwood classification in acute and chronic joint injury does not correlate with symptoms. J Orthop Surg. May 2018. 26(2) 1–5

S. Sabharwal, A. W. Carter, A. Rashid, A. Darzi, P. Reilly, C. M. Gupte. Cost analysis of the surgical treatment of fractures of the proximal humerus: an evaluation of cost drivers and comparison of institutional treatment cost with the national tariff. Bone Joint J. Feb 2016. 98-B(2):249-259.

Get in touch for a consultation

Send us a message

How can I help?